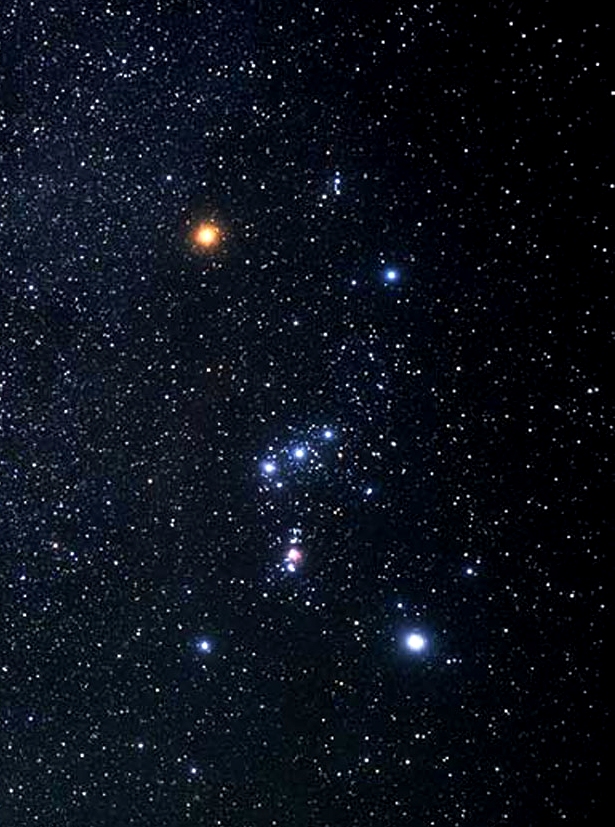 “We are all in the gutter, but some of us are looking at the stars.”

Greetings, People of Earth! Welcome to the blogsite of Orion the Mighty Hunter.

Orion. You know me as a magnificent constellation of stars in the winter skies: a giant hunter etched in the cosmos. I am instantly spotted by the geometric perfection of the three stars on my Belt.

So during the stargazing season of 2021, I invited Astronomers and Astrophotographers to showcase their beautiful photographs of my stars in a special Constellation Collection.

This was such a success that I have decided to publish a beautifully illustrated book featuring photographs by astronomers of my Constellation: The Star Book of Orion.

I have captivated stargazers and astronomers through the generations since the time I lived, loved, and hunted in Ancient Greece.

Read my memoir now out on Amazon – The Hunter’s Story by Orion https://cutt.ly/ovJAD02

The handsomest of the Earthborn. The greatest hunter of my time. Made immortal in the heavens. I made love to hundreds of women. Greek myth is all about sex and violence: makes your box sets and soap operas look tame.

There are many versions of my tumultuous life and untimely demise. The Schrödinger’s Cat of Greek mythology: dead on Earth, alive in the sky. Multiple states, multiple stories. Compared to my eternal luminescence, my terrestrial life is of a lustful bad boy; a rampant, raunchy hunter. Or of a gentle lovelorn giant, whose heart was broken many times.

Almost three millennia after I lived and died, I’m due a comeback on Planet Earth. Soon…

Read an exclusive preview of the sequel to The Hunter’s Story in my blog:

The Huntsman Who Fell to Earth

My scribe on Earth, Andy Oppenheimer http://www.andyoppenheimer.com/ has taken down my story, and everything you read here.

I first appeared in modern form in the first of a gripping trilogy of science-fiction novels written by my scribe in 2019:

Fields of Orion (I): An Odyssey. amzn.to/33ObWLy

The second in the trilogy Fields of Orion (II): The Mission was published on October 15, 2020 in Kindle & Paperback on Amazon – to mark my annual Orionids meteor shower – where the story begins… https://cutt.ly/0gjjidf

Find out how I became a Greek legend at https://www.ancient.eu/Orion/

One thought on “I am Orion”